Sad Story Of How A Toddler Started Growing Breasts At TWO, Menstruating At FOUR & Her Current State 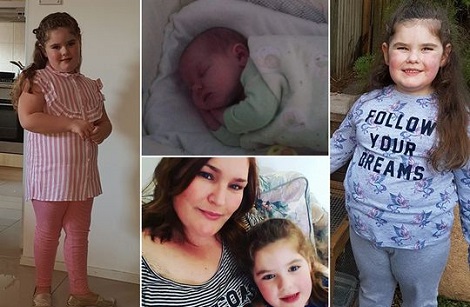 A five-year-old girl who grew breasts aged two and started her period at four is now being forced to go through the menopause.

Little Emily Dover was still a toddler when she developed breast buds, strong body odour and cystic acne - to her parents' shock.

She started menstruating at just four years old and, within the past 12 months, has grown hair on her forehead, back and vagina.

Now, she is facing going through the menopause - as well as the same, often distressing, side effects that older women experience.


Her mum, Tam Dover, told Mirror Online her beautiful daughter is body conscious, aware that she is different to other children her age.

But heartbreakingly, the youngster can't understand why.

Recalling the moment Emily started menstruating, Tam, 41, said: "Because she has trouble toileting, she thought she had done a poo in her undies.

"We used panty liners and it didn't last more than a day."

She added: "She only had her period again the other day".

"She hasn't even had a chance to be a little girl.

"She's having to learn how to put panty liners on for menstruating."

When the youngster gets her period, she walks over to her devoted mum and dad, Matt, 40, and tells them that her "foo foo is bleeding".

"It's difficult to explain to her what is happening," said Tam. "She knows she's different, she knows she's much bigger than other children.

She added that she and her husband know that how they react is "how Emily will react" - so they make sure they respond to situations carefully.

"I don't want her to fear what is happening," said the mum.

Emily, who weighs around seven stone, was born perfect "in every way". A happy baby, she was smaller than her older siblings had been at birth .

But after just a week, things took a turn for the worse. She became unsettled, started crying out in pain and had difficulty sleeping.

By four months old, she was the size of a one year old. By two years old, she had developed breast buds and powerful body odour.

Two years later, she began her period. She was finally was diagnosed with Addisons disease this summer after years of doctor's trips and tests.
The couple are said to be "at a loss financially", unable to raise money for all of the treatment their daughter desperately needs.
What we are hoping is to raise some much needed money to get Emily more treatments and to cover the costs of her on going medical care," Tam wrote.

Since setting up the GoFundMe page a couple of weeks ago, Emily's family have been approved a health card which will help with the cost of medication. 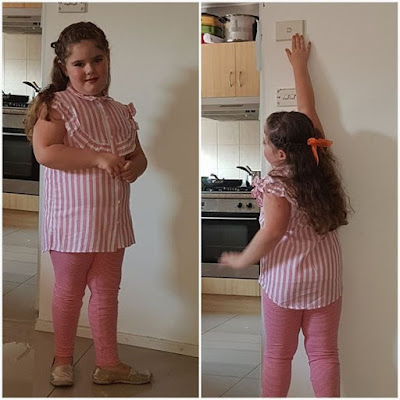 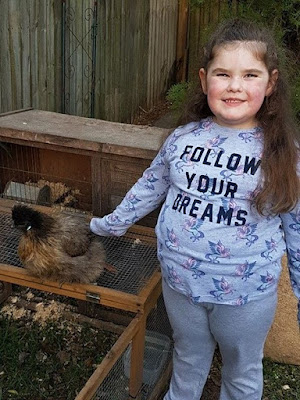