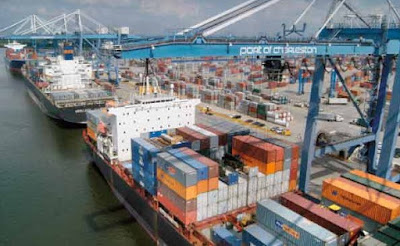 Three container loads of fake Acicep, Lemdafil, and Ciprogyl drugs have been intercepted by officers of the Nigerian Customs Federal Operation Unit in Lagos.

Mohammed Garba, the Customs Area Controller, told journalists in Lagos on Wednesday that the goods which included fake drugs, cables and other contraband, were shipped into the country in one 40 feet and two 20 feet containers and are worth over N356 million.

He added that the importers of the fake drugs are now at large despite paying a duty of more than N31 million for the containers.


Other items in the seized containers included bales of used clothing, Indian hemp, frozen poultry products, used tyres and vehicles among others.

“While seven containers carried unprocessed wood, one container carried scrap metals, another carried wet blue (leather) for export. All fall under export prohibition list,” said Mr. Garba, who added that the items were impounded between August 29 and October 3.

“Three of the seized containers were medicaments without import documents and certification. Two containers carried a purported made-in- Nigeria cables, but were imported from China.

“The importer declared the item as electric distribution board and ballast. Only God knows what would have happened if these fake products get into our market.”