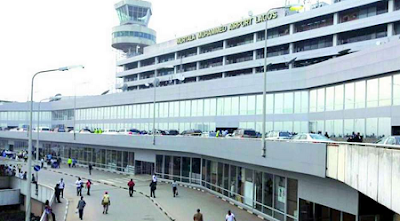 The union members, who had earlier threatened to picket some airlines, arrived the airport at about 8:05 a.m.

The workers were seen chanting solidarity songs in demand for their rights.

In a chat with Premium Times, Olayinka Abioye, General Secretary, National Union of Air Transport Employees (NUATE), said the union members are out on a campaign for ‘decent’ working condition.


Mr. Abioye, however,  said some airlines  may be picketed.

Earlier, he had listed the airlines to be picketed as Med-View Airline, Air Peace, Azman Air and FirstNation Airways.

“We are here for campaign. We may picket some airlines too,” he said.