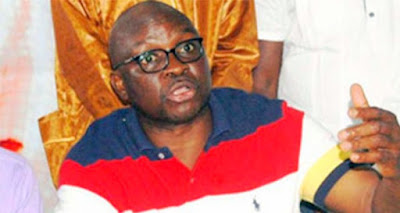 The anti-graft agency, EFCC, has arrested two top officials of Ekiti State. The Ekiti State Commissioner for Finance and the Accountant General were arrested today and are currently in the custody of the EFCC, a top official has confirmed to Premium Times.

“They were picked up today following their refusal to honour previous invitations for interrogation in relation to pending investigation on the misuse of bail out funds by the Ayodele Fayose administration,” an EFCC spokesperson said in an email to Premium Times.

The officials were arrested on the same day the state governor, Ayodele Fayose, formally declared his intention to run for the 2019 presidential election on the platform of the opposition Peoples Democratic Party, PDP.

Mr. Fayose has also been investigated for alleged corrupt practices but cannot be arrested or prosecuted while in office as governor based on the constitutional immunity he enjoys, the paper reports.