Real Reason Janet Jackson Had To Walk Away From Her Billionaire Husband... 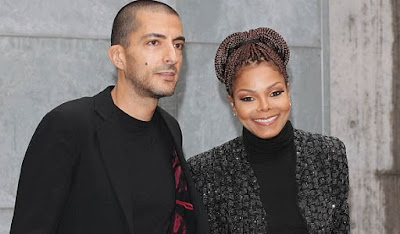 Janet Jackson's brother Randy Jackson has been by her side since she filed for divorce from her husband Wissam Al Mana.

Now in a startling new interview Randy says Janet's husband was verbally abusive to her during their marriage.

In Randy's explosive tell all about Janet's marriage, he said she was verbally abused by billionaire businessman Al Mana, 42, while she was pregnant.

Speaking to People, Randy, 55, claims his sister was degraded and that she was 'called a b**** everyday' while she was pregnant with Al Mana's son. The pair married in 2012, Janet, 51, gave birth to their son Eissa on Jan. 3.


'It was quite an abusive situation,' Randy says of pop star's relationship to Al Mana. He also says that although things never escalated to physical abuse, he did feel at one point he had to intervene.

'I told her, ''You've got to move in with me or I'm going to go over there and there's going to be hell.'' She was really pissed off. I told her, 'I don't care anymore. I'm tired of it. It's too much,' Randy told People.

Randy also claims things changed as his sister's relationship progressed with Al Mana. 'It came on later in the relationship, verbal abuse and being [like] a prisoner in her own home. That's what she went through.'

The songstress's older brother has been a steady presence at her divorce hearings from Al Mana, which have been in London courts since April.

Randy told People that the family matriarch Katherine Jackson, 87, and their sister Rebbie Jackson, 67, also came out to London from the US to show Janet support during her ongoing divorce.

'I didn't want them to know. My parents are up there in age so I wanted to protect them as much as possible, but now they know,' Randy said of their mother and their father Joe Jackson, 89. Adding now, 'Everybody in the family knows.'

In a statement released to the DailyMail.com a spokesman for Al Mana says: 'Mr Al Mana is not going to dignify these particular and deeply hurtful allegations with a response. The breakdown of his marriage to Janet Jackson is a cause of great sadness to Mr Al Mana, and it is the wellbeing and privacy of their son, Eissa, that remains his sole focus.'

Randy was by Janet's side when she posted a video to Twitter first announcing her split from her businessman husband.

She told fans in the clip, shared in May: 'I just want to keep it real with you guys for a second. Yes, I separated from my husband, we are in court and the rest is in God's hands.'

It has been a whirlwind week of abuse allegations and speculations about Janet's marriage to Al Mana. 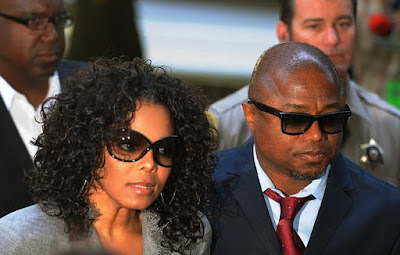