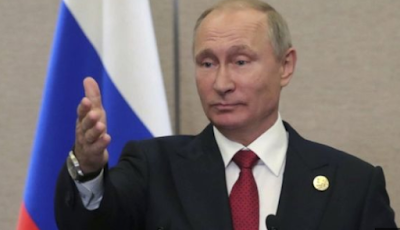 Russian President Vladimir Putin has said pursuing further sanctions against North Korea is "useless", saying "they'd rather eat grass than give up their nuclear programme".

The US said on Monday it would table a new UN resolution on tougher sanctions in the wake of the latest test of a nuclear bomb by the North on Sunday.

Mr Putin also said that the ramping up of "military hysteria" could lead to global catastrophe. He said diplomacy was the only answer.

China, the North's main ally, has also called for a return to negotiations. Meanwhile, North Korea's ambassador to the UN in Geneva, Han Tae-song, said his country's recent "self-defence measures" were a "gift package addressed to the US".


"The US will receive more gift packages from my country as long as it relies on reckless provocations and futile attempts to put pressure on the DPRK (Democratic People's Republic of Korea)," Reuters news agency quoted him as saying