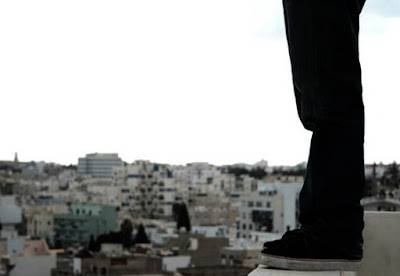 A Nigerian man fell from the fourth floor of a south Delhi building on Friday afternoon and died, apparently trying to evade arrest after a police team raided the house for narcotics.

Police said 25 kilos of Ketamine, a drug believed to induce a trance effect, were found during a search. The seized contraband could fetch Rs 20 crore in the clandestine international drug market.

Police said inquest proceedings were initiated for 40-year-old Cyprian Ama Ogbonnaya, a native of Nigeria, though no FIR was registered over his death.

Ogbonnaya fell to his death in Phase-1 of Chhatarpur Enclave around 12.15pm. The deputy commissioner of Delhi Police’s special cell, Pramod Kushwaha, said a team was sent to the neighbourhood following a tip-off that drugs were stored and peddled from a building.


A head constable was sent as a decoy customer during the raid. Ogbonnaya, who was with two women from his country, was allegedly talking to the staff of a local restaurant when he sensed that police were heading for his room.

“He must have been taken by surprise. There was no escape route. So, he jumped off a window without grills,” said an investigator.

“In the past too Nigerian drug dealers in the city have jumped off buildings to flee,” he added.

A woman with Ogbonnaya tried to jump after him, but police stopped her. The two women were arrested on the charge of drug peddling.

“The fatal jump was captured by a CCTV camera and witnessed by locals,” said Dependra Pathak, the police spokesperson.

He also clarified that the police team had no hand in the man’s death.

Eyewitnesses reaffirmed the police version. “I was standing outside my building when I noticed the man jump off the window. He was wearing a helmet. But midway he hit an airconditioner and his helmet came off,” said Suresh, a resident of the area.

“He then landed on the floor. His right hand was fractured and he was muttering something I could not understand.”

Deputy commissioner Kushwaha said the injured Nigerian was taken to AIIMS Trauma Centre in a police van, but doctors declared him dead on arrival.