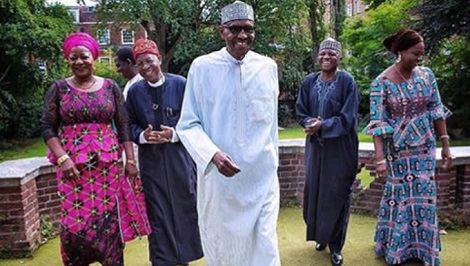 The #ResumeOrResign protesters on Monday said they were not impressed by the pictures and video of President Muhammadu Buhari released last Saturday, saying they were meant to deceive Nigerians.

The group alleged that Acting President Yemi Osinbajo had been incapacitated by ‘the cabal’ and was not allowed to govern the country effectively.

Speaking to journalists during the eighth day of its protest on Monday in Abuja, the leader of the #OurMumuDonDo Movement, Charly Boy, said he watched the video many times and “could see through the deceit and lies.”

The artist alleged that the presidential media aides, who released the pictures and video after visiting the President in London, were pressured to go to the United Kingdom by his coalition’s protests.


He said, “We forced the FEC (Federal Executive Council) to hurriedly send some media aides to London to showcase the President. I watched the video several times and I could see the deceit and the lies.

The protest convener, Deji Adeyanju, insisted that his group simply wanted the President to disclose his health status, adding that plans had been concluded for protests in London, Lagos and Port Harcourt on Wednesday.