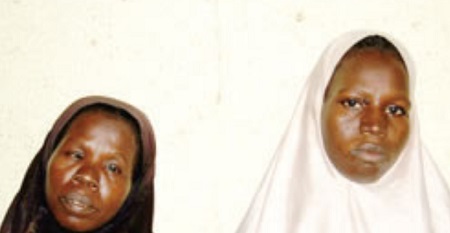 A mother, Hassana Sabiu and her daughter, Qamariya Ismail, who allegedly threw a new born baby girl delivered by the later in dust bin, have been arrested by the Katsina State Police Command.

The State Commissioner of Police, CP Usman Abdullahi, who disclosed this, said the duo connived and threw the baby, whose lifeless body was later recovered from the dust bin at Madugu House along Yahaya Madaki way, Katsina state.

Speaking on behalf of the CP, the Police Public Relations Officer, DSP Gambo Isah , said the mother and daughter’s secret got leaked by neighbours, who traced the baby to the daughter they knew was pregnant and was later arrested. He said upon her arrest and interrogation, Qamariya confessed that her mother assisted her to throw the baby inside the garbage bin.