I Am Not Dying - Robert Mugabe 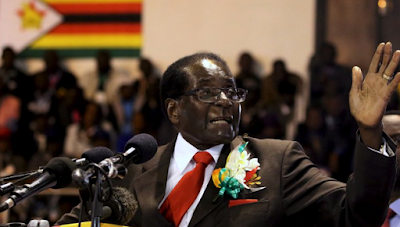 Zimbabwe's 93-year-old President Robert Mugabe, declaring "I am not dying," sought Saturday to brush aside growing concerns about his health after his wife urged him to name a successor

Mugabe's medical trips to Singapore have become frequent in recent years, fuelling questions about his health.

His last visit was early this month for what was described as a "routine medical check-up". "There is the issue that the president is going. I am not going.

That the president is dying. I am not dying," Mugabe told thousands of supporters at a rally in his home town of Chinhoyi. His remarks came after his wife Grace urged him to name a successor in a bid to end the factionalism threatening to tear apart his ruling ZANU-PF party. "I thank God for having lived to this day. I thank God for the good life.


I have an ailment here and there (but) my organs... my heart and liver are very firm. Recently, doctors were actually surprised by the strength of my bones," Mugabe said.

He said he had followed a strict exercise routine from the years he was imprisoned during the fight against colonial rule in the 1970s. Mugabe, who spoke for more than an hour at the rally, now walks with difficulty and sometimes dozes off during meetings.