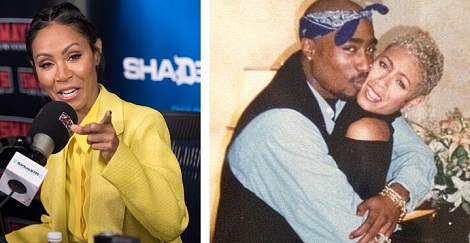 Jada Pinket Smith has revealed she was once a drug dealer. The 45-year-old made the revelation during an appearance on the radio show Sway In The Morning on Wednesday.

She was recalling the early days of her friendship with the late rapper Tupac.

'I haven't really told the whole story,' she admitted.

One of the things that is very interesting that I've never really said before is that when I first meet Pac... when we first met... I was a drug dealer.'


She continued: 'I won't get into the details, because I'm going to write a book about it, but that's how we started.

She said 'something very bad' happened to her, prompting her to turn her life around.

She explained: 'I was coming out of the life, he was going more into the life.

Jada's friendship with Tupac has been a hot topic following the release of the biopic, All Eyez On Me. He was shot on September 7, 1996, in Las Vegas, Nevada. He died from his injuries some six days later, aged 25. His killer was never caught.