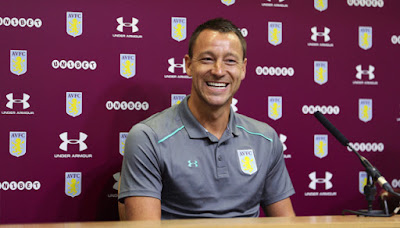 John Terry has been named Aston Villa's new captain following his summer move to Villa Park. Terry left Chelsea at the end of last season and signed a one-year deal at Villa earlier in July.

Steve Bruce's side finished 13th in the Championship last season and Terry will secure a £2million bonus if he helps the club return to the top flight after two seasons away.

The 36-year-old was first handed the armband at former club Chelsea in 2001 and was made permanent captain at Stamford Bridge ahead of the 2004/05 season.

During his time as skipper, Chelsea won multiple trophies including the Champions League and five Premier League titles.