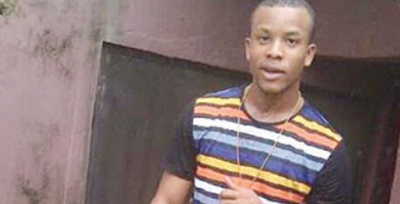 The Senior Special Assistant on Prosecutions to President Muhammadu Buhari, Chief Okoi Obono-Obla, has petitioned the Inspector-General of Police, Mr. Ibrahim Idris, over the murder of his nephew, Jude Iroegbu (Jnr.), by suspected cult members in Ugep, in the Yakurr Local Government Area of Cross River State.

In the petition, which was made available to a Punch correspondent on Monday, Obono-Obla said a 20-man cult, identified as Axemen, was responsible for the murder of his nephew.

The cult was allegedly led by a guard in the palace of a monarch in the area.


Obono-Obla said his nephew was cut with machetes before he was shot.

He called on the IG to take urgent steps to address the spate of cult clashes in the state.

The petition read in part, “On June 29, 2017, at about 5.22pm, my nephew, Jude Iroegbu (Jnr.) was viciously, gruesomely and brutally murdered by cult members.

“They attacked him with axes and machetes and he fell, writhing in pains. Thereafter, one of them shot Jude Iroegbu in his stomach and chest, killing him.

“The incident has caused palpable tension and fear in Ugep community and unless something is done, there is a likelihood of reprisal and communal violence erupting in Ugep, which is the second largest urban city in Cross River State.

“As a conscientious citizen of Nigeria and a traditional ruler in my capacity as the Obol Lopon and village head of Letampankom community in Ijiman town, Ugep Urban, I have a duty to ensure that those who participated in the murder of Jude Iroegbu and wanton destruction of property in Ugep on June 29 are brought to book.”

He also urged the IG to investigate the relationship between the cult members and the palace.

However, a palace official, who spoke on condition of anonymity, said there was no cult member among the guards.

The official called on Governor Ben Ayade to set up a committee to probe the causes of cult clashes in the state.

“The governor should constitute a committee to investigate the causes of clashes in Obudu, Ogoja, Ugep and Calabar-South with a view to identifying the perpetrators,” he said.