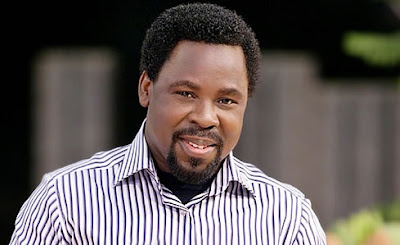 The ongoing crisis rocking one of Nigeria’s foremost civil society organisations, the Committee for Defence of Human Rights, CDHR, took a new turn after Lagos State chapter of the association disclosed that N10 million was allegedly donated to the association by founder of The Synagogue Church Of All Nations, Pastor T.B Joshua.

The State chapter added that the fund was allegedly donated by the cleric to CDHR through its President, Malachy Ugwumadu, and one Ade Ikuesan, to mobilize members to court whenever case on his collapsed six-storey building that allegedly led to death of over 100 Nigerians and foreigners at Lagos State Corona Court is scheduled to hold.

Meanwhile, Ugwumadu had debunked the allegations, claiming that the Lagos chapter of the association was peddling false claim.


Speaking on behalf of the members, Chairman of Lagos chapter, Alex Omotehinse, in an interview with Vanguard yesterday, said that aside the fund, the cleric also allegedly donated 500 bags of rice, two generators and promised yearly donations of millions of naira to the association.

He said: “President, Malachy Ugwumadu and Ade Ikuesan wanted us to mobilise in favour and support of Prophet T.B. Joshua as a result of the donation of the sum of N10 million, 500 bags of rice, two bigger generators and yearly donations of millions of Naira.

“This is the centre point of current tension, persecution and inciting of members against themselves by the President simply because we refuse to mobilise over 100 members of our branch with placards in support of Prophet T. B. Joshua on his case at the Lagos State Corona Court as instructed by the President and one Ade Ikuesan,” he added