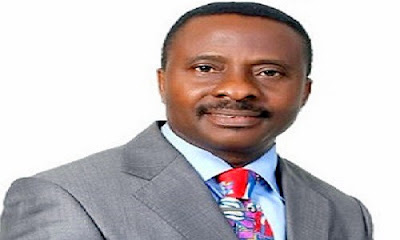 The Christian Association of Nigeria, CAN, has accused the Nigerian government of inserting a controversial topic in the new school curriculum, which questions whether Jesus Christ is the son of God.

The association said the topic in the new subject, Civic Education, was “satanic”.

The comment came amid allegations by the body that the government was trying to delist Christian Religious Studies from the school curriculum, while retaining the Islamic Religious Knowledge.
The government has denied the allegation.

But apparently not satisfied by clarifications by the government, CAN has demanded a return to the old basic education curriculum with respect to religious studies.

But the acting Executive Secretary of Nigerian Educational Research and Development Council (NERDC), Kate Nwufo, denied the claims and explained how the new curriculum was developed by government and various stakeholders, including Christian representatives, in 2012.

Expressing its dissatisfaction with the clarifications, CAN insisted that the Minister of Education, Adamu Adamu, was bent on imposing Islamic hegemony through the new curriculum.

Mr. Ayokunle, in a statement on Thursday, challenged the Ministry to publish the new curriculum on CRK, even as he claimed that it has taken off in Kwara State without provision for CRK.

He also accused Mr. Adamu of imposing Muslims as heads of all federal boards in his ministry.

“If the two religious studies are being taught separately, why is the agency stating that “efforts are in top gear to print the Christian Religious Knowledge and Islamic Studies curriculum separately in order to maintain their characteristics and distinctiveness?” Mr. Ayokunle asked.

According to him, the agency’s statement underscored the association’s position that the subjects were merged before.

“Do we need to run away from underscoring the importance of these two subjects, which focus on teaching the fear of God, love for others and so on at a time when our nation is facing the challenge of violence and breakup?” Mr. Ayokunle explained.

“If the new curriculum is treating the two religious subjects separately as being claimed, why do we have a satanic topic in the Civic Education: ‘IS JESUS THE SON OF GOD’?

“Or is the Acting President, Prof Yemi Osinbajo, who disclosed to CAN leadership that this was in the curriculum he earlier saw, lying too?”

He also disputed the agency’s claim that no student will be forced to register for a religion against his/her wish.

“In Kwara State, for example, the discriminatory curriculum has begun and Christian students who refused to register for it already had their bodies lacerated with cane. We have the names of the victims and their schools with us, including the text message from the parents of such students who were beaten.”

Similarly,Mr Ayokunle explained that the Chairman of CAN in Delta State had complained that students were calling him that their teachers were saying that they would no longer be doing CRK as a subject.

“As far as CAN is concerned, the curriculum is a time-bomb, obnoxious, divisive and ungodly and its implementation must be stopped until all the grey areas are added,” Mr. Ayokunle stated.

He said CAN had told the Acting President, Mr. Osinbajo, that the introduction of the new curriculum is an ill-wind that blows nobody any good.

“If we are going to do pilgrimage together as a nation, there must be fair play, mutual respect for one another and justice which can be brought about by different arms of government.”

He said the association was demanding justice from the government on the matter very quickly and for a return to the previous curriculum.

“Those of us who passed through the former system where we all did devotion in the morning and in the afternoon at closing in our schools lived together peacefully irrespective of our religions,” he said.
He advised the Federal Government against the use of propaganda in addressing the sensitive issue.

“We are disappointed hearing the Minister of Education, Mallam Adamu Adamu claiming that CAN was believing a piece of misinformation received from the social media.

“To say the least, that is a misleading statement from a Minister who is not only trying to Islamise the ministry with all the appointments he has made but denying the reality of discrimination policy under his watch.

“We counsel Adamu to reconcile his position with the spokesperson of his ministry who agreed that CRK, IRK and Civic Education had been merged to become one subject before denying the reality,” Mr. Ayokunle concluded.

Free Hollywood Movies titled VIENA AND THE FANTOMES Trailer (2020) Dakota Fanning Movie HD, brought to you by Wapbaze and uploaded by JoBlo Movie Trailers watch and download for free ...

Dave East My Loc  Dave East brings us this hot astonishing new song titled “My Loc” and we uploaded it here for your free streaming and download. Listen & Download ...

Freddie Gibbs & The Alchemist Ft.Tyler & The Creator - Something to Rap About

Here we bring you a New Comedy video by AY Comedian which he titled SCUM (AY COMEDIAN) (CALL TO BAR EPISODE 10). watch and enjoy from Wapbaze Comedy