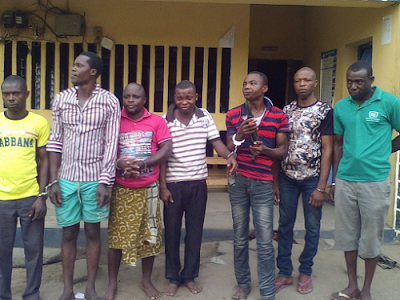 The passengers were rescued after a gun battle between the police and the kidnappers.

“I can confirm that the 15 passengers abducted by hoodlums about a week ago were rescued unhurt around Egbeda axis of Emohua after a fierce gun battle.


“As I speak with you, the rescued passengers are debriefing the Police and are also undergoing medical attention”.

The police had earlier​ recovered the bus and passengers’ manifest immediately after the kidnap.

Omoni said the passengers were taken inside a bush by their abductors.

“The abductors came with three motorcycles. One of the motorcycles had earlier been recovered, with the bus,” Omoni said.

The passengers were abducted along Elele-Omoku road last week Wednesday, June 14 on their way to Port Harcourt.