Dencia Speaks About Being An Immigrant In The US 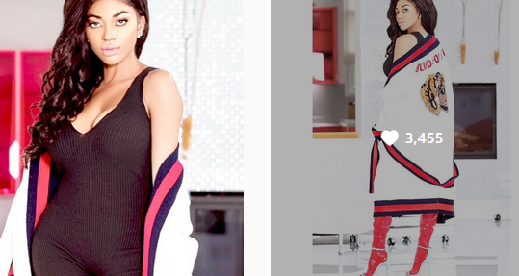 The social media celeb and singer explained this on her IG. The last man she was linked to is Paul Pogba, when a neighbour who shared the same hotel with them reported they didn’t let her sleep from their alleged sex romps.

Dencia however didn’t deny this, when a fan came for her saying she made Pogba played woefully at his next match, attributing his bad performance to sex with her.Dencia however replied telling him to mind his damn business. What mama said after the cut;

As an immigrant,I appreciate more than the average American.My life story is a continuation of the Great American Dream.

If I have the opportunity to speak to a young immigrant girl that just arrived to the U.S,the advice I would have for her would be,don't settle 4 less,don't give up on that dream u had as a young child or teenager.there are opportunities out there,know that you aren't the only immigrant or the last to come to this country. Lots of immigrants that have come before you and have succeeded,u too can.Never let anyone tell u that u can't.

Kip Moore - Crazy for You Tonight