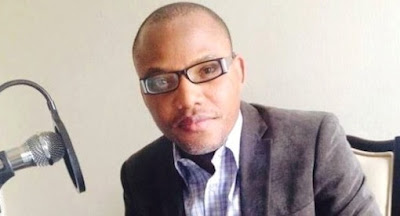 The Nigeria Police Force on Friday warned the Indigenous People of Biafra (IPOB), the Movement for the Actualisation of the Sovereign State of Biafra (MASSOB) and the Biafra Independence Movement (BIM), against their planned protests and market closure on May 30.

The Force Spokesman, CSP Jimoh Moshood, in a statement in Abuja, said commissioners of police in the affected states and Assistant Inspectors-General of Police have been directed to be strict, polite, civil and firm in dealing with the situation.

He said the force was deeply concerned about the security implications of the “renewed hostilities and subversive propagandas aimed at undermining law and order in some states of the federation by these groups.


“The force sees the activities of these groups as not only unlawful, but highly provocative and capable of causing breach of the peace being enjoyed in the South East states and other states of the federation.

“The planned protests and orders of market closure and illegal unilateral self imposed restrictions of vehicular movements by these groups in the affected states should be disregarded by Nigerians,” he said.

He advised the public to go about their lawful duties and other responsibilities without any fear or apprehension.

He said adequate security arrangements had been put in place for the safety of every Nigerian throughout the country by the force and other security agencies.

The spokesman said the force would continue to police the country based on international core values and best practices.

He, however, added that it would not succumb and tolerate criminal activities of any group or groups under any guise to cause disturbance of public peace.

He said the force would not hesitate to deal decisively with any group or groups and their sponsors that attempt to cause disturbance of the peace.

“The force will continue to carry out its constitutional duties and other statutory responsibilities in accordance with the law of the land,” he added.