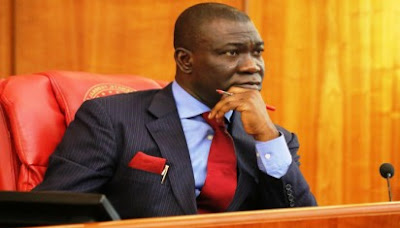 The police in Abuja today carried out a search on the Maitama, Abuja official guest house of the Deputy President of the Senate, Senator Ike Ekweremadu, Vanguard reports.

Ekweremadu Special Adviser to the Deputy President of the Senate, Mr. Uche Anichukwu who confirmed the development said that neither Ekweremadu nor any of his senior aides was informed before the search.

According to him only the steward was present when the policemen who claimed to be from the Force Headquarters arrived at the 10 Ganges Street, Maitama guest house. Mr. Anichukwu said nothing was found from the search.

The search happened about two weeks after Senator Ekweremadu alleged plans by the Economic and Financial Crimes Commission, EFCC to raid him in either Abuja or Enugu. The EFCC in response at that time said that he needed not to fear if he had nothing to hide.

Jobe London & Mphow69 – Ingane ft. Focalistic & Ntokzin. With a joint album titled Sounds from the South from Jobe London and Mphow69 coming through on June 5, the ...