A woman posed for a dramatic set of wedding photos in which she torched her wedding dress. 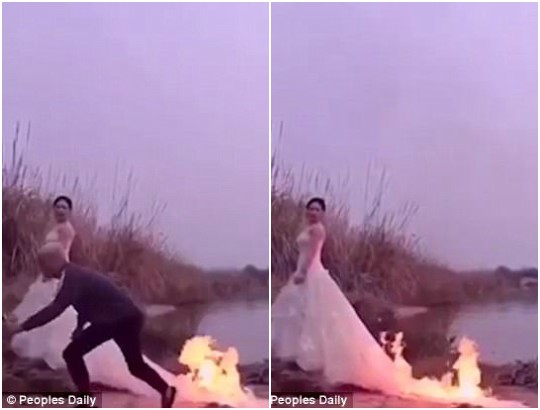 A photographer set fire to the bride-to-be's wedding dress in China's Fujian province and let it burn up to create an artistic effect.

In the footage uploaded to People's Daily on May 16, a woman can be seen standing at the lakeside in Fuzhou as one assistant sets the dress on fire.


As the fire turns the dress into a haze of bright orange, Mr Zheng, the photographer, captures the moment with his camera.

The fire continues to burn and reaches the woman's back. 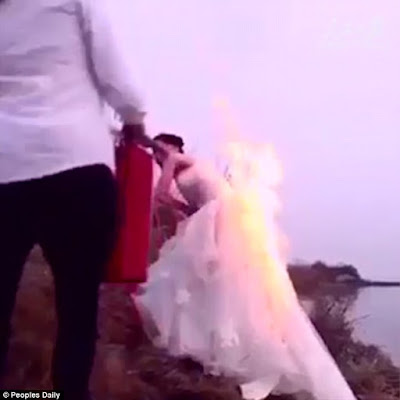 Zheng told Pear that a fire extinguisher was on hand to put out the fire at any time.

He said: 'We did research beforehand, from the choice of oil, wedding dress testing and the time required to put out the fire, to ensure that everything was under control.'

The idea was inspired by a trend set by John Michael Cooper, a wedding photographer who aimed to create a ritual known as Trash the Dress by destroying wedding dresses in the name of art in 2001.

The trend became popular over many years after his photos caught lots of attention. 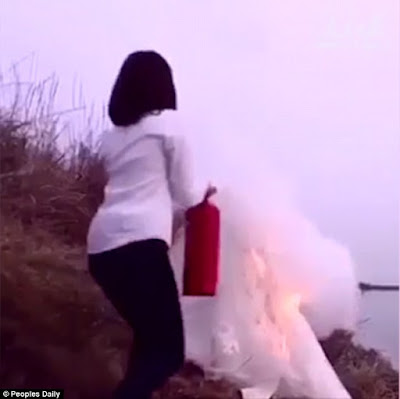 Kip Moore - Crazy for You Tonight