A life-sized mural that shows Donald Trump kissing Pope Francis on the lips has appeared on a wall near the Vatican.

The painting, which depicts the pontiff with a halo around his head while the American president sports devilish horns, was created in Rome on Thursday. 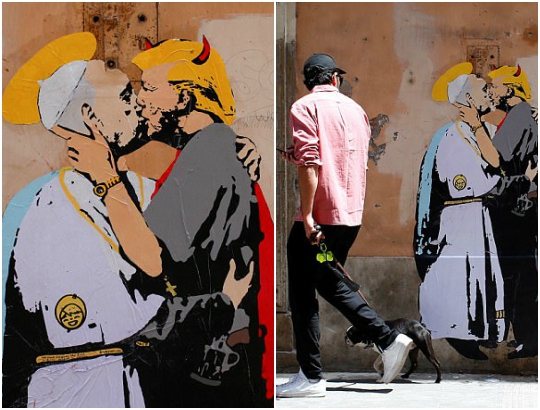 The caption on the sash of the pope's cassock reads 'the good forgives the evil.'

The mural - painted less than two weeks before the pair are due to meet - is signed 'TVBoy,' who is believed to be Italian street artist Salvatore Benintende.

The mural, which was painted on paper and pasted on to the wall during the night, was the latest work by street artists depicting the pope to appear in Rome in recent months.

This one shows Francis, wearing a simple crucifix around his neck, embracing Trump, who wears a gold watch and sports a pistol in a holster. 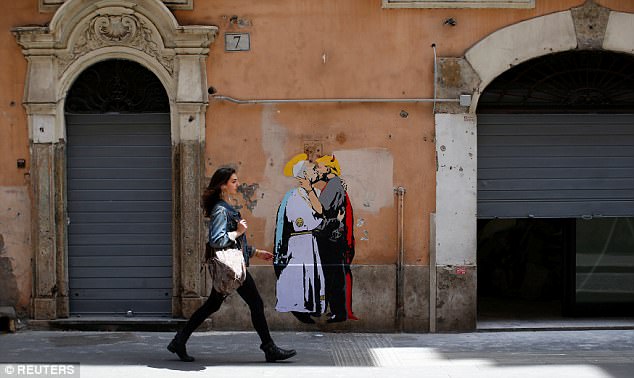 The pope's halo is the same bright yellow colour as Trump's hair. The two are locked in a mouth-to-mouth kiss.

The mural was pasted on a wall on a street named 'Way of the Bank of Holy Spirit' across the Tiber River from the Vatican.

Francis and Trump are due to meet at the Vatican on May 24 while the president is on a tour of Saudi Arabia, Israel, Italy and Belgium. 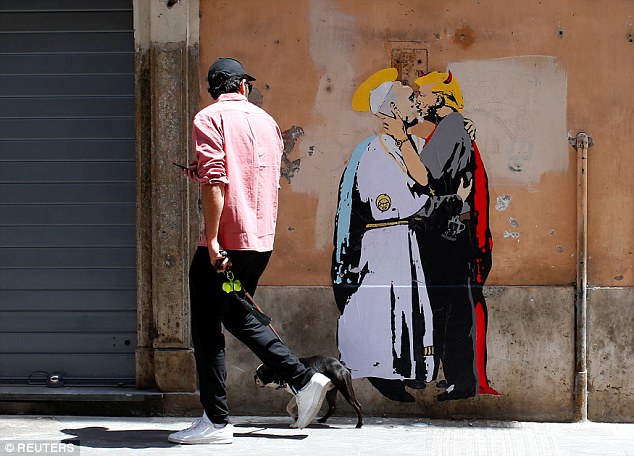 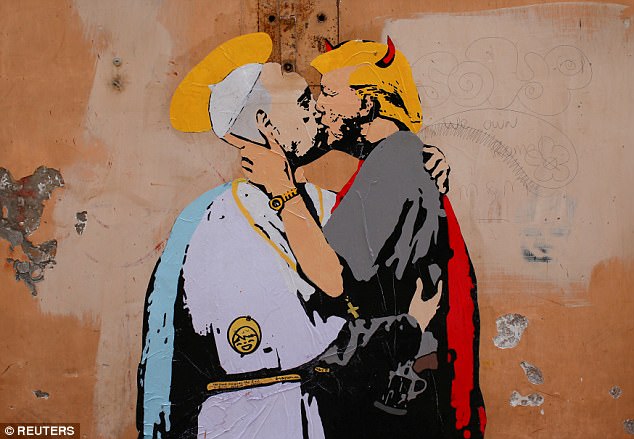