A 22-year old man, Onyeka Mba has been arrested and charged before a Lagos court for his involvement in breaking into the anti-robbery section of a Police Station and stealing money, phones and others valuable belonging to officers.

The incident happened at Olosan police division in Mushin, Lagos. According to police, during the attack, officers including Femi Elebute and Shittu Babatunde lost their money and phones. It was gathered that some gang of robbers arrested were brought into the station in the night and while some officers attached to the station went out on patrol, the robbers ransacked the whole place in search of valuables and escaped. 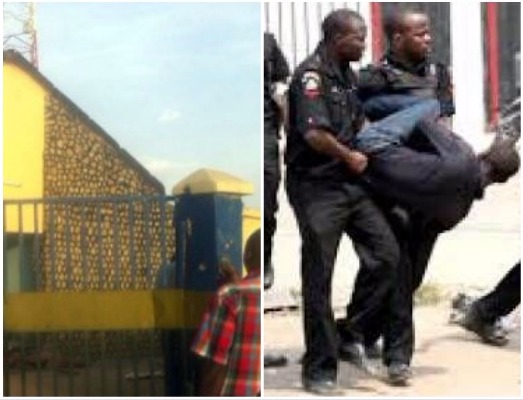 A correspondent gathered that when the team who were on duty that day returned, they discovered that the office has been burgled with money and phones kept in there were stolen.

Following the attack, P.M.EXPRESS gathered that the Divisional Police Officer, DPO, ordered an immediate investigation into the matter and appointed one Sergeant Jegede Sunday as the IPO. It was during the investigation that Mba was arrested and charged to court, while other accomplice were said to be at large.


However, Mba denied the allegation and told the police that he knew nothing about the incident. He was charged to court and he pleaded not guilty.

The presiding Magistrate, Mr E.O. Ogunkanmi granted him bail in the sum of N100,000 with two sureties in like sum. He was remanded in prison custody pending when he will perfect his bail.