According to Apiah Ephraims who shared the story on Facebook he penned
'Contrary to reports on the social media that three armed robbers were killed earlier today at Adikpo, a reliable source has just confirmed to me that the trio burnt by angry mob were not armed robbers as speculated but members of the All Progressive Congress APC from Mbadura council ward of Turan.' 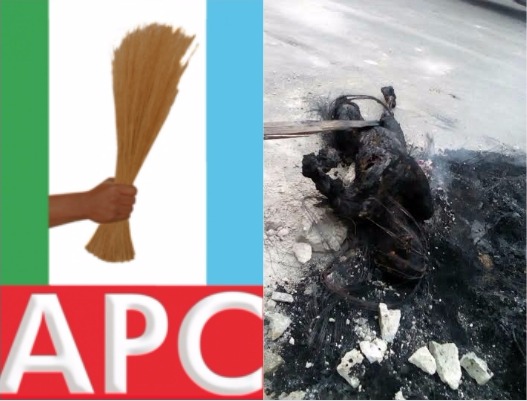 Illustration purposes onlyAccording to the source, the trio identified as Denen Agber Kur, Sega Agber Kur and Jagba Uhembe were in Adikpo to escort sensitive materials for the APC primaries to their ward.


Upon reaching Adikpo and waiting for the distribution exercise to commence, the trio sat at a buruku joint near the Kwande APC Secretariat to sip the local brew.

It was at that point that robbers stormed a filling station in same location and after the robbers took off on motorbikes.

The trio, relatively unknown faces to the angry youth of the area became suspect and killed instantly and set them ablaze. 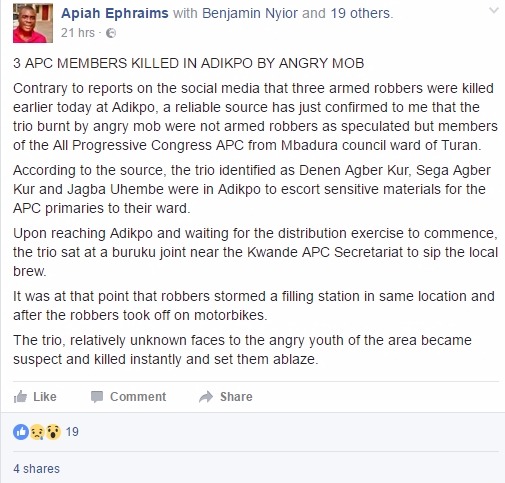