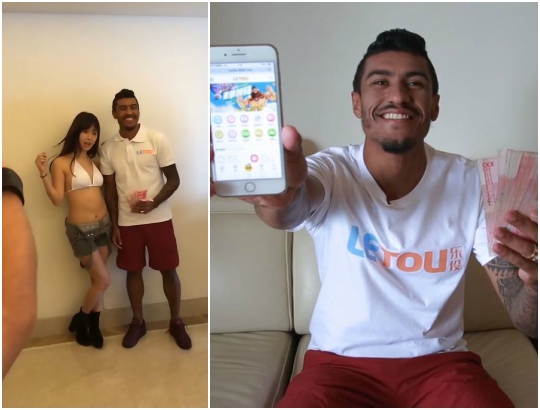 Midfielder Paulinho was sold by Tottenham Hotspur to Chinese club Guangzhou Evergrande two years ago after a miserable two-season spell in the Premier League, but has been back in form with a hat-trick for Brazil last month, and is being talked about as a target for German giants Bayern Munich.


Pornography is also illegal in China, so Paulinho’s decision to be snapped with one of the biggest Asian stars in the adult movie industry, Tsukasa Aoi only adds to the embarrassment for the very religious, married Paulinho. The video footage of Paulinho with Aoi was filmed at his home in China.

Professional football leagues ban footballers from betting on any football match in most leagues around the world and FIFA now prohibits all professional players from having any involvement in the industry, so Paulinho’s decision to back Letou is at best ill-advised.