There was a huge drama at the Lagos State House of Assembly on Monday, April 10 when most of the lawmakers declined to attend plenary session meant to be presided over by the Deputy Speaker of the House, Hon. Wasiu Sanni-Eshinlokun.The House had adjourned sitting to Monday after its last plenary session on Tuesday, April 4.

However, early Monday, P.M.EXPRESS learnt that the Speaker of the Assembly, Rt. Hon. Mudashiru Obasa, had sent words that he had an official assignment to attend hence would not be able to preside over the sitting, automatically directing his Deputy to take over. 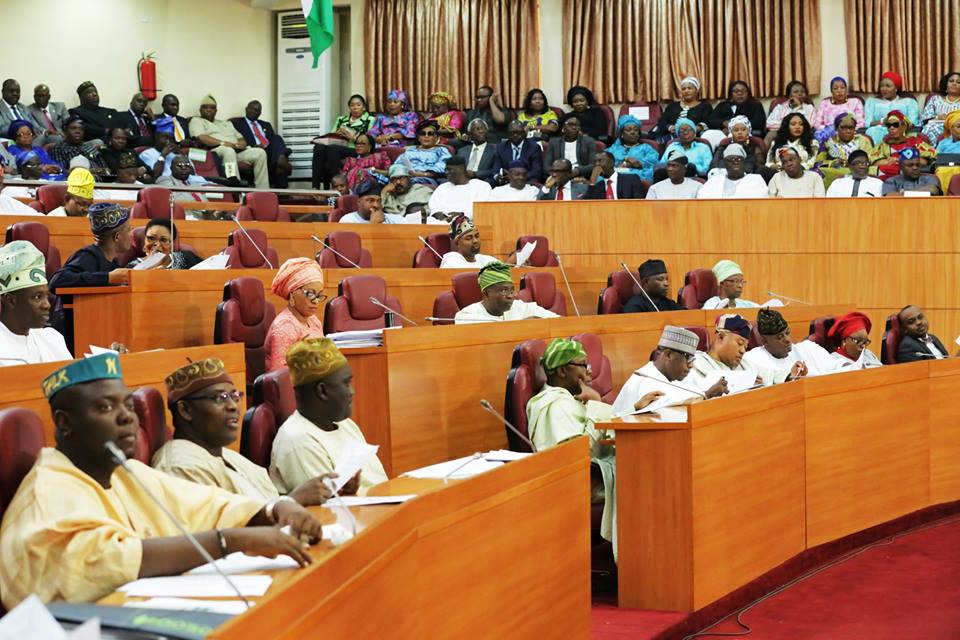 When the time for the sitting came and all support staff of the Assembly were ready for plenary sitting to commence, the lawmakers were nowhere to be found. Only about two or three of them were present at the chamber, clearly not enough to form quorum for sitting.


What really confounded close observers of the Legislative House was the fact most of the lawmakers were in their offices ready for the day’s sitting. However when they found out that the Speaker was not going to preside over the sitting, and the Deputy Speaker will take over, they refused to attend.

When it became obvious that quorum could not be formed for the sitting to commence, the support staff left the Chambers and the plenary was cancelled for the day.

Our correspondent gathered from some of the lawmakers that they decided not to attend the sitting because they did not have confidence in the Deputy Speaker who was supposed to preside over the sitting.

“Most of us don’t really want the Deputy Speaker to preside over plenary session of the House because of his disloyalty to the leadership of the House in particular and the entire House,” one of the lawmakers told this medium.

Another lawmaker confided in our correspondent that most of the lawmakers were not happy with the obsession of the Deputy Speaker to become Speaker at all cost.

“His obsession to become Speaker at all cost has made him denigrate House members and the Speaker as incompetent at every opportunity available to him.

There are about eight other lawmakers who contested for the position of Speakership with Rt. Hon. Obasa but while others have accepted the ascendance of Obasa and have been working harmoniously with him, he (Sanni-Eshinlokun) still harbours the ambition of becoming the Speaker thereby getting involved in clandestine activities to discredit the Speaker and divide the House,” the lawmaker said.

A member of the House pointed out that the Deputy Speaker once represented the House at an event which took place at the Chinese Embassy without the knowledge and approval of the Speaker while it was also alleged that he was sleeping with an aide of the Speaker to get information on happenings in the Speaker’s office.

The lawmakers who spoke with our correspondent said that their absence at the plenary session where the Deputy Speaker was supposed to preside over was their own way of telling him that they are aware of his clandestine activities to divide and cause problems in the House.

“It is our own way of not only protesting against this but also a way of passing vote of no confidence in him. And my brother, this just a warning for him to change his way. If he does not change his way, then we will be forced to remove him,” our source said.