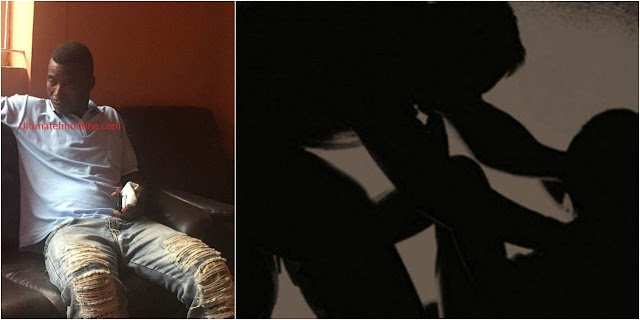 The mother of the little girl, Emelia Asiamah, who noticed that her daughter experienced pains each time she walks or urinates, upon interrogation was told by her daughter
that her husband/father inserts his ‘manhood’ both in her vagina and anus when she's not at home.

However according to her, she couldn't report to relevant authorities, because she feared her daughter and son will be stigmatized.


“The incident happened two weeks ago, but when I questioned my husband about it, he denied and ran away from the house, claiming he couldn’t have had sex with his own daughter.

I knew he was lying to me, I don’t know why the man I married has turned into a paedophile. My daughter has not been able to attend school since the incident, how can a father do this to his own daughter?, I thank God that he has publicly confessed, but I have reported the case to the police" Emelia said