A young man who has been identified as Chinedu Peter, was reportedly shot dead by a Police Officer, Ibe Uchenna, just in front of Christ the King Cathedra(C.K.C) Asa road, Aba, while coming back from an eatery with his girlfriend.
It is alleged that the Police Officer refused taking the man who he shot to the hospital, and reportedly dumped him somewhere else after he had washed off his blood from the Police patrol van. However family members of the deceased, who were told that the Police man who killed their son has been apprehended and taken to Umuahia, the State's capital, says they don't believe what the Police spokesman is saying. 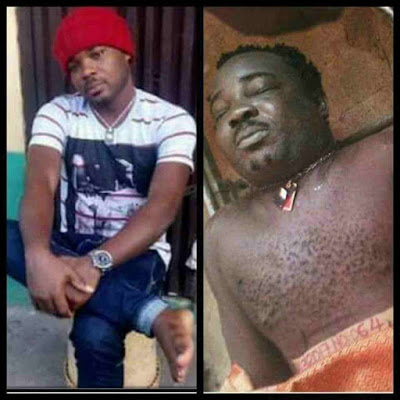 Here's what Peter Unekwe who shared the story wrote;

"His names was Chinedu Peters, a resident of Aba and he was the bread winner of his family.
On 11th of March 2017, he was coming back from eatery joint with his girlfriend name withheld. The police on duty in front of Christ the King Cathedra(C.K.C) Asa road, Aba stopped the vehicle he was inside and ordered all of them to come out, they obeyed and all came out, they were asked to lay down on the floor which they also did.
Few minutes later the police men told the only Hausa man in their midst to stand up and leave with reason best known to them, Mr Chinedu out of anger stood up to ask questions why they have to release the Hausa man and not all of for the fact they didn't get anything incriminating in them. One police man among them by name IBE UCHENNA ordered him to lie down or he will shoot him, he refused that he will only obey when the Hausa man is brought back, that was how he was shoot by someone that was suppose to protect him. He was lying down helpless crying for them to take him to hospital, instead they took him in their van and dumped him in a location they think people will not find out, took their car for a wash to cover their crime without knowing that the girlfriend was with him.
The girlfriend returned home and explained how this young and vibrant man was shot, in the next morning guys from his area and his brother went to CPS to lodge a complain but was told by the police that they don't know about such incident. The girlfriend insist on the case and the police commander called the troops that was deployed at the area and the girl was able to recognize their faces and the guy that shot him.
The police later changed the story that Chinedu was taken to a hospital and that he is responding to treatment but refused to show the family which hospital. His family and friend set for a search party, and his dead body was found this morning 18th March 2017. They want back to the police for the police to tell them that the police Man that shot him IBE UCHENNA is now in detention in Umuahia.
We all know how corrupt this country Nigeria is when it comes to issues of security operatives, if no serious action is taken his blood spill will be a waste cos he will not get justice. That's why we decided to go public so this our brother can get justice. Please I plead with everyone in this family to helps us and share this tragic incident until it get to the right people that will intervene and give him justice. The painful part was this guy was shot and killed by an Igbo brother for the sake of Hausa man. HOW MANY OF OUR YOUNG YOUTHS WILL BE KILLED BEFORE THIS SORDID ACTS WILL STOP ??
PLS HELP US AND KEEP SHARING" 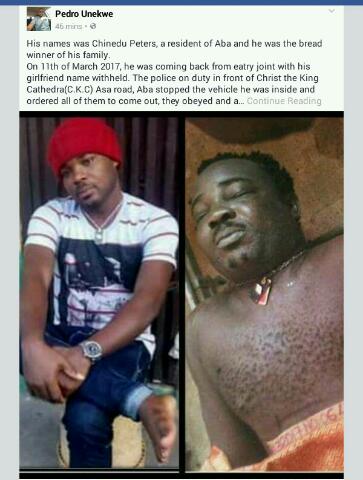 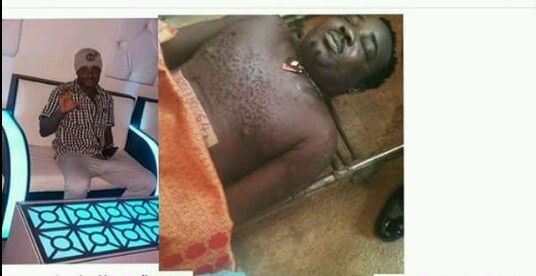