Rumours first started swirling that Damilola Adegbite and Chris Attoh's wedding were having issues, when during their wedding anniversary, February, 14th 2017, Damilola refused to make any mention about it while her Ghanaian husband, Chris Attoh, on the other hand posted over 5 anniversary gushing about his wife.

A tip-off source pointed that out to LailasBlog.com, adding that Damilola had even unfollowed Chris on Instagram, that he was posting all those sweet messages which his wife never acknowledged, hopped on his page to gush back nor post any on her page, because he was trying to win her back. 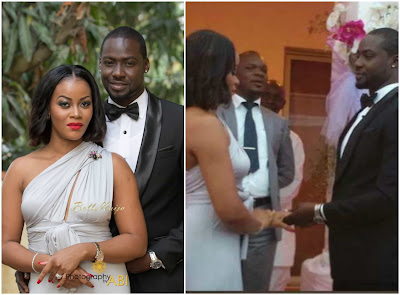 I did my checks and found out that at the time these rumours were swirling, Damilola was still following her husband on Instagram and her husband's surname proudly still sitting on her account. She was even following her brothers in-law.

Yes, she didn't post any picture to mark her second anniversary, but the following day, she did post a
picture of a happy family of three, though photo depicted the husband returning home from 'somewhere'. Damilola also didn't allow comments on the picture maybe because of the heated rumour. See below: 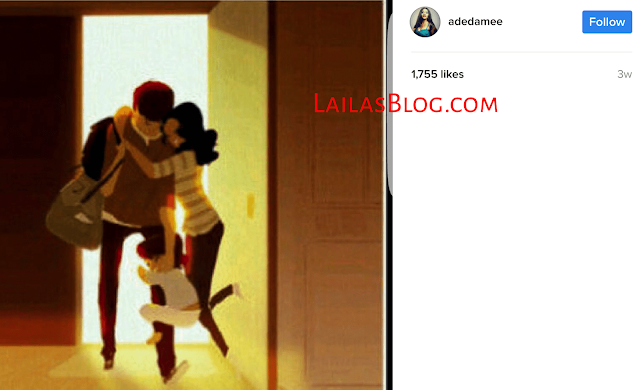 I replied my tip-off source with all these and I didn't hear any other thing.

Fast forward to yesterday, Ghanaian website Ghanacelebrities.com says a source has told them as a matter of fact that Chris Attoh & Damilola Adegbite's marriage has hit the rock, just two years down the line. Their report below:
We mean, Chris and Damiloa’s marriage is engulfed in problems that will more likely bring it to an official end – that’s if it has not even already ended,” a source who gave us the tip off.The source is 100 percent sure that, the marriage is facing shocking problems–and any social media PDA by the couple, not that we have seen some recently, is a hogwash.We hope another Tonto Dikeh’s sort of marriage scandal is not being cooked at our own backyard.Whatever it’s, the ‘gossipers’ are talking and we will soon furnish you with what has caused the “separation” between Chris and Damilola.