The Police in Niger on Wednesday arrested a 45-year-old-man, over alleged rape of his three-year-old stepdaughter.

The suspect was arrested in Kundu, a village in Rafi Local Government Area of the state.

Police Inspector Abdullahi Mayaki, attached to the state Child Rights Protection Agency, said that the mother of the girl, Malama Fatima Bawa, reported the matter to the agency. 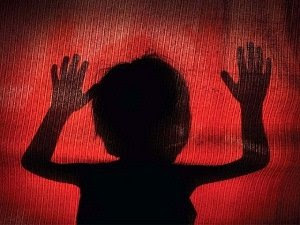 He said that the suspect, however, denied the allegation during investigation, claiming that he only
intervened whenever his wife beat the girl.

But Bawa had told the agency that she caught her husband sexually abusing her daughter after he approached her for sex at night and she refused him.
She said,
“My husband likes sex too much, so I chased him out of the room in the night and locked the door.
“It was after I chased him out that I heard my daughter, who was sleeping in the parlour, crying.
“I quickly ran to her only to see my husband abusing my daughter sexually.
“I am a breast feeding mother and I spend the whole of my day taking care of the children, yet my husband does not allow me to rest.”Bawa alleged that she saw blood stained and semen on the girl’s body and informed her brother in-laws wife about the incident who advised her to take the girl to the hospital.

The Director-General of the agency, Hajiya Mariam Kolo, said that the victim would be treated in the hospital.

Kolo also said that the suspect would be charge to court in accordance with Section 18 of the Child Rights Law.

The Director-General described the act as ‘ungodly’, saying that the state government would no longer condone any form of violence against children and women.