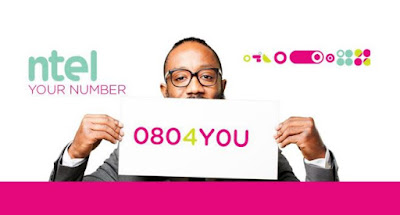 In a letter to Port Harcourt subscribers, Kamar Abass, CEO of ntel, wrote:

“I am delighted to announce that beginning Thursday December 1, 2016 you can pick up and activate your ntel SIM here in Port Harcourt. We will give priority to those of you who pre-registered your preferred numbers during our number registration campaign.In the weeks ahead, our branded stores located at 278 Aba road and 36 old Aba road would be up and running with the full complement of customer facing and after-sales support staff. We are excited to be in Port Harcourt and eager to bring our unique 4G/LTE Advanced services to eager Pioneers like you.”ntel, Nigeria’s fifth Mobile Network Operator and first 4G/LTE Advanced network commenced operations on 8 April, 2016 with commercial sales of Voice-over-LTE and high-speed Internet Access services, on their newly commissioned 4G/LTE-Advanced network.

The commencement of commercial operations was the culmination of their journey from acquiring the old NiTel/MTel assets to the delivery of successive milestones underlining their growing operating capability on their new fixed and mobile network infrastructure.

The company had announced in April that it would take off in 3 key cities of Abuja, Lagos and Port Harcourt in the first phase of their expansion. The commencement of operations in Port Harcourt is thus the completion of a cycle and a promise kept to subscribers.

Subscribers have been delighted by the company’s 4G/LTE-Advanced technology built on the 900/1800MHz spectrum which continues to deliver an unbeatable and game-changing customer experience of high-speed Internet Access and unlimited data, the fastest available in Nigeria today thus enabling a world of full mobile broadband experiences that will transform both lives and livelihoods!