Since his arrival at the medium security prison, the music and movie promoter accused of swindling over 30 bureau de change operators between August 2015 and February 2, 2017, is receiving guests and eating well. 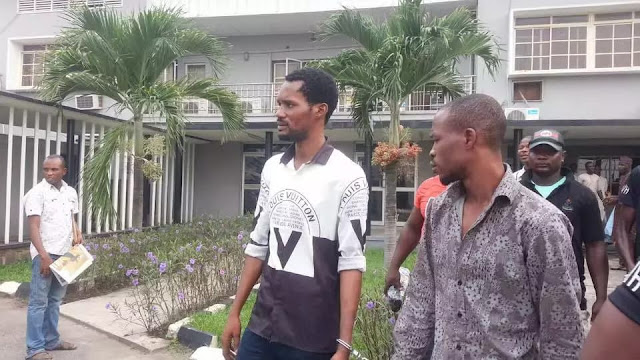 Encomium.ng reports that insiders they spoke with yesterday (Friday, February 17) revealed that the controversial socialite facing another case of nine iPhone handsets theft has not shaved since his

Caught with an accomplice as he tried to escape the Gbagada General Hospital scene where he was accused of fleecing two forex traders, Seun Egbeegbe’s new predicament dumbfounded legions.

The Ikoyi Prisons where he’s sharing the general cell with about 50 inmates, is a far cry from his 3-bedroom flat on Gbemisola Street in Ikeja where he has four automobiles at his beck and call.

Encomium.ng visited in the afternoon of Friday, February 17, and reports they saw one of Seun's visitors who claimed Egbeegbe will be ‘bailed’ next week.