Suspects reportedly arrested over the killing last year of Abuja-based pastor, Eunice Elisha, have been released. 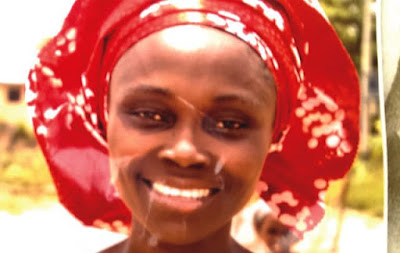 PremiumTimes reports that the suspects, whose identities were not revealed by the Abuja police command, were released because police investigation “could not link them to the murder.
Spokesperson of the command, Manzah Anjuguri said:
“What happened is that when the incident occurred, arrests were made. But during the course of the investigation we found that the persons arrested could not be linked to the said murder. And we cannot keep them if we do not have any case against them.“They were released under the condition that they will be invited for questioning whenever the need arises. The commissioner has instructed the Divisional Police Officer for that region to intensify efforts on the matter; the case has not been closed. The investigation is still ongoing,” said Mr. Anjuguri.His statement contradicts his earlier claims that the suspects were helping in the investigation.

Hours after the murder of 42-year-old Mrs. Elisha on July 9, 2016, the police said it had arrested suspects in the matter, and said their confessions were considered helpful in the investigations into the matter.
“We have made some arrests and they are helping in our investigation”, the police spokesperson had said at the time.
“The commissioner of police has ordered the homicide section of the command to take over the investigation of the case,” said Mr. Anjuguri, the same day Mrs. Elisha was found dead on the streets of Kubwa, a suburb of the Federal Capital Territory.