Comedian and talk show host Steve Harvey is under fire right now after he met with US President elect Donald Trump yesterday to assist with Trump's impending administration. 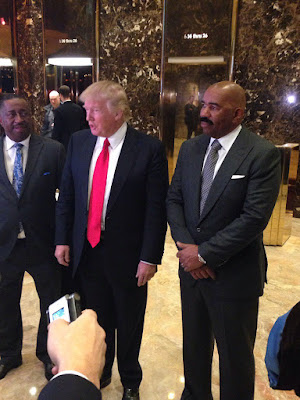 On Friday afternoon, Steve Harvey joined the ranks of those Donald Trump has courted to seek positive changes in the United States.

Harvey — who endorsed Hillary Clinton for president last year — told TMZ before the meeting:
“I got invited [to Trump Tower], so I've got to go.”After the meeting at Trump Tower, Harvey told reporters that Donald Trump and Housing Secretary-
designate Ben Carson discussed an effort to revive the inner cities with him.
"He said he wanted to do something. They have a plan for the inner cities but they need some help and so that's why they called me. So we'll see what I can do." 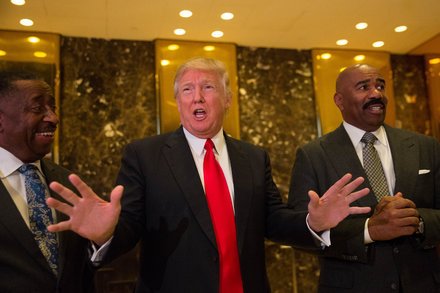 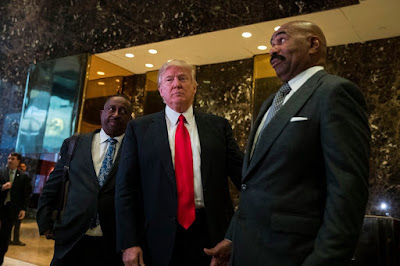 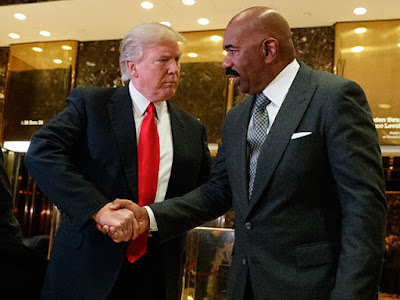 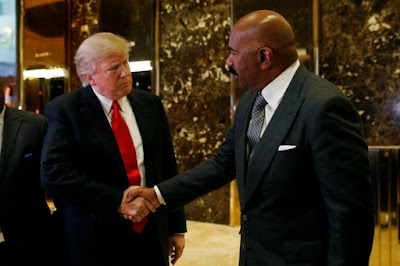 Unfortunately, lots of people are angered by Steve's 'dining with the devil', a man who disrespected Barack Obama and women for so long and are now asking for a boycott of his shows. 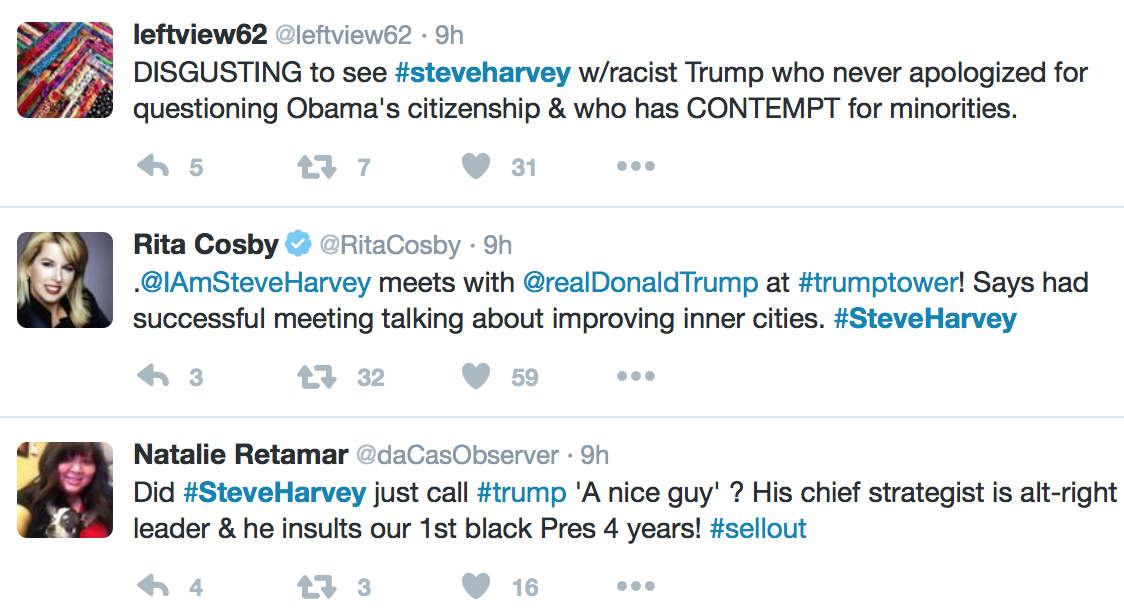 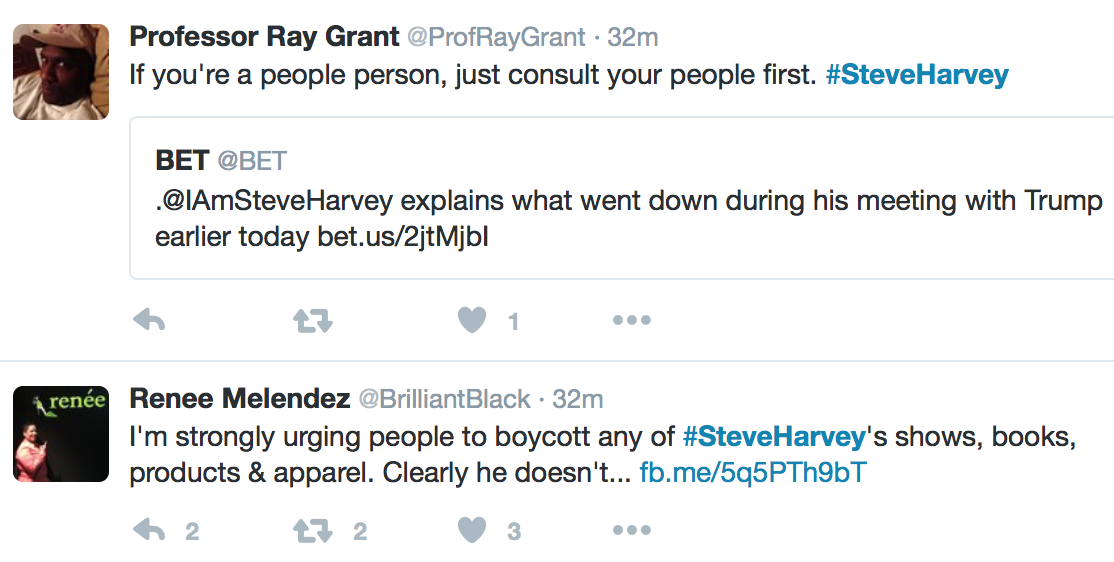 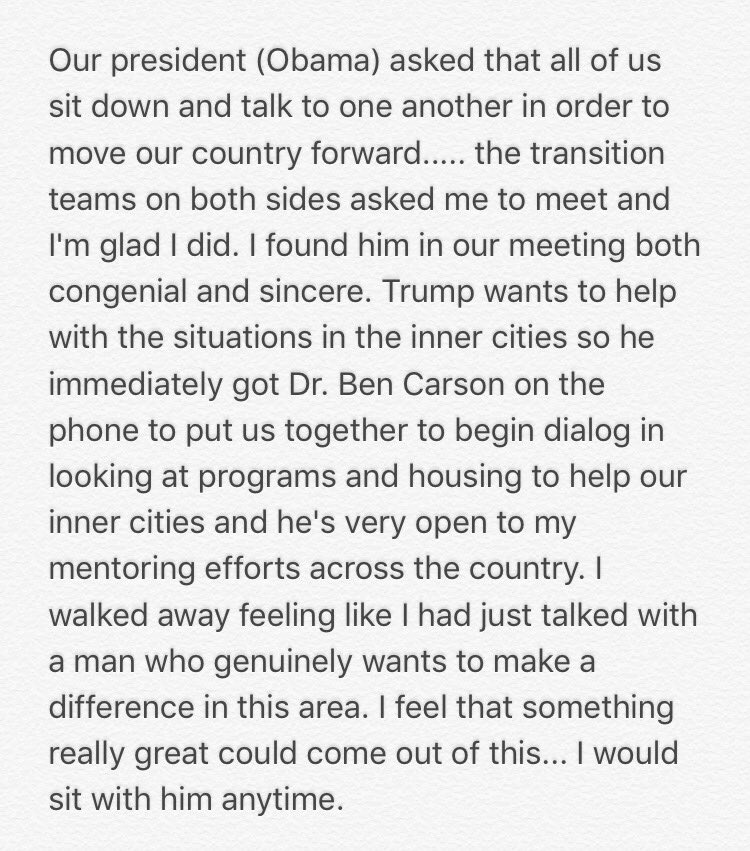