Two Yazidi women who were brutally gang raped by ISIS and kept as sex slaves have received an award in recognition of their bravery. 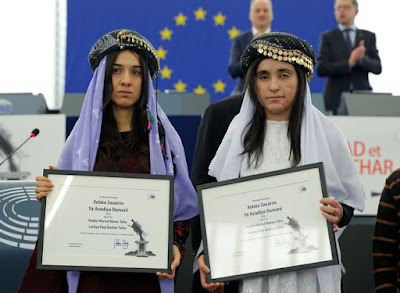 Nadia Murad and Lamiya Aji Bashar were among thousands of women and girls abducted, tortured and sexually abused by Islamic State fighters in Iraq in 2014. 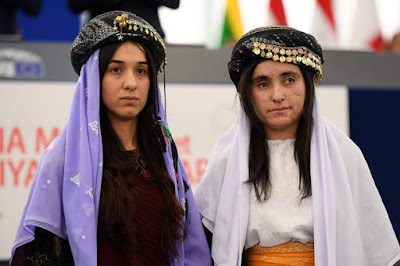 Murad, now aged 23, was held by IS in Mosul but escaped her captors in November 2014, reached a refugee camp and eventually made her way to Germany.

Speaking at Cairo University in Egypt, she told students: "When Daesh entered my village, they killed children, the old and young men.

"The next day, they killed the old women and led the young girls, including me, to Mosul. In Mosul, I saw thousands of Yazidi women where they were distributed to their slave masters." 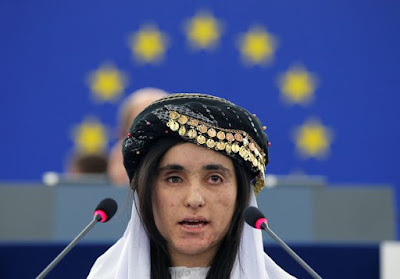 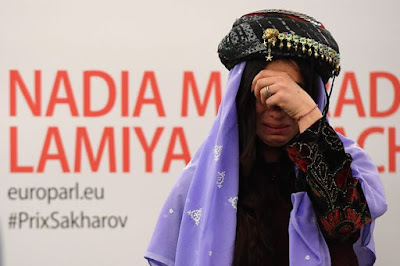