One Chicago mother loved watching medical programs while she was pregnant - but had no idea television would soon become reality.
When Tenisha Rambert saw a woman delivering a baby in a car in one episode, she turned to her husband Marshall and said: 'That doesn't happen in real life'.
But it seems her baby Miller wanted to prove her wrong, because on Monday it was Tenisha who was delivering her son inside Marshall's car. 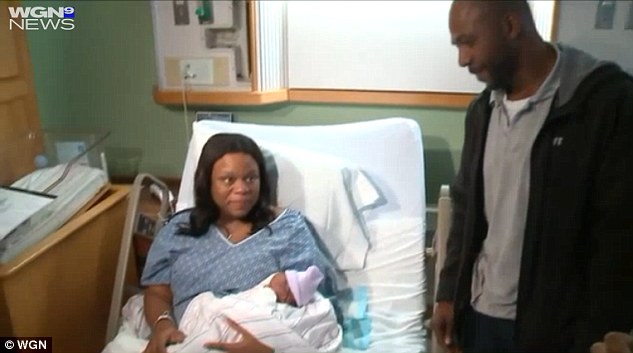 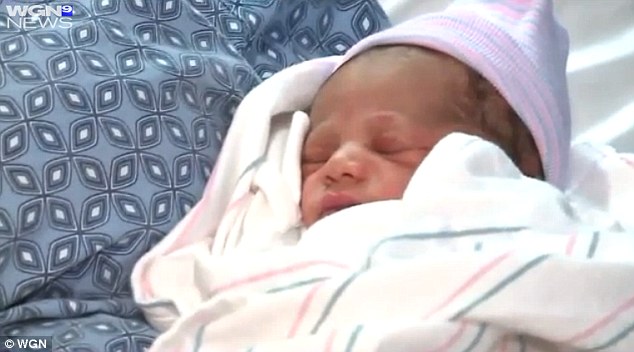 The mother-of-three was getting ready for bed when the contractions started and she and Marshall began driving to the hospital at 1.45am.
But they had only been in the car for a few minutes when Tenisha realized this baby wasn't going to wait.
'All of a sudden, the contractions were coming faster and faster,' she told CBS Chicago.
'I told Marshall, "Call 911, we're not going to make it.'
Marshall had only just pulled off the expressway and was still looking for a place to park when Tenisha knew she would have to deliver right there in the front passenger seat.
'I'm thinking, just accept it. Get him here, get him here safely,' she told Fox 32.
'I was in pain, it's a bit jarring at first. I jumped up, and he was coming.' 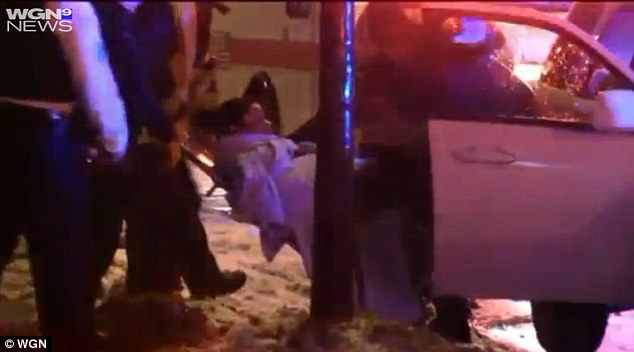 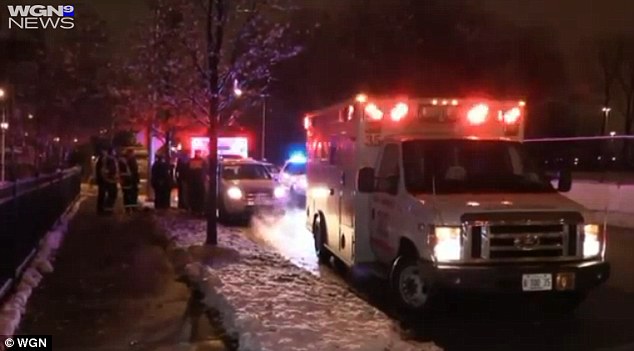 Little Miller arrived at 1.55am, just 10 minutes after his parents had first started driving.
Marshall said it was an overwhelming moment.
'She's screaming, the baby's screaming, I scream. It was just too much excitement all in once place, in one little tight area,' Marshall said.
'So I was just hoping that I didn't serve and hit no one.'
But Tenisha was consumed with happiness at the sight of a healthy baby boy.
'I just held him,' she said. 'I wrapped him up tight. I was just happy that he was crying, and okay.' 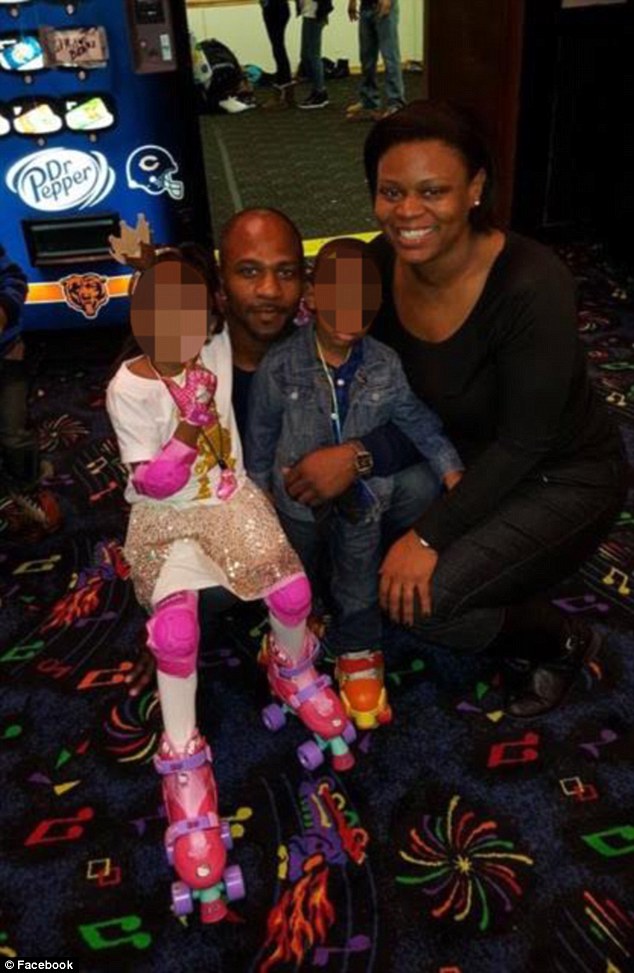 Miller, who arrived three days late, weighs 6 pounds and 11 ounces and is happy and healthy with his older sister and brother (pictured)

'He had all his fingers, all his toes. So he was just amazing.'
Firefighters who arrived on the scene a few minutes later helped keep Miller warm until paramedics came and took the happy family to the hospital.
Miller, who arrived three days late, weighs 6 pounds and 11 ounces and is happy and healthy with his older sister and brother.
Tenisha said her third pregnancy has taught her an important lesson.
'Every pregnancy is different,' she said. 'So just go along with the ride and have fun.'

YungManny Hop Out YungManny brings us this hot astonishing new song titled “Hop Out” featuring XanMan and we uploaded it here for your free streaming and download. Listen & Download ...

Shoreline Mafia Ride Out Shoreline Mafia brings us this hot astonishing new song titled “Ride Out” featuring Lil Yachty and we uploaded it here for your free streaming and download. ...

YungManny Where’s The Love YungManny brings us this hot astonishing new song titled “Where’s The Love” and we uploaded it here for your free streaming and download. Listen & Download ...