Photos of a young man who was beaten and burnt to death by a mob in Lagos have gone viral on social media, and people are still talking about it. 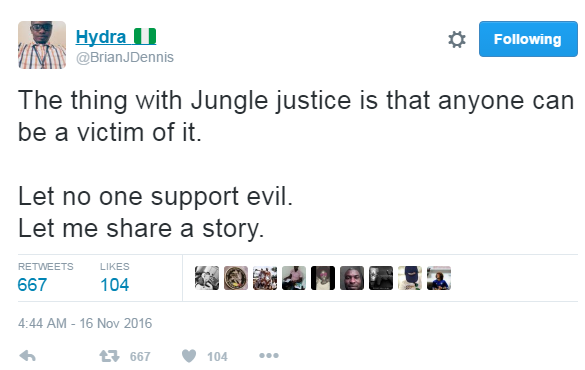 There have been different unconfirmed reports about the story, some claim he was a 7-year old who stole garri, while some claim he was an adult who almost stabbed his victim and stole his phone before he was caught and lynched.
'Jungle justice' and 'garri' was the topic of discussion on Twitter Naija today, so this Twitter user decided to share a story of his cousin who was almost killed by a mob for a crime he didn't commit.
Read tweets after the cut, start from the last.... 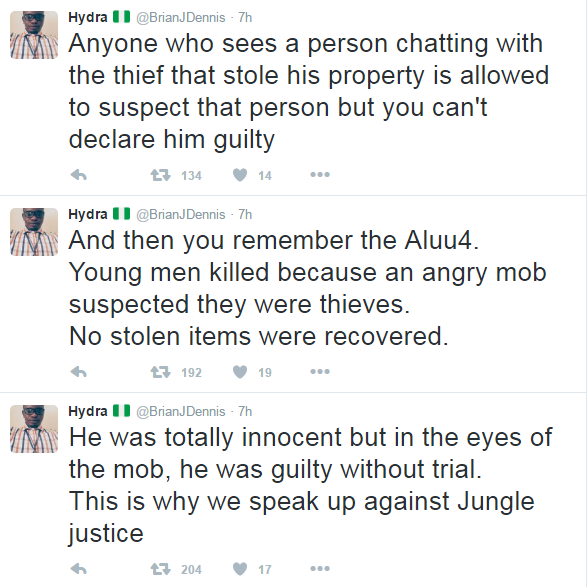 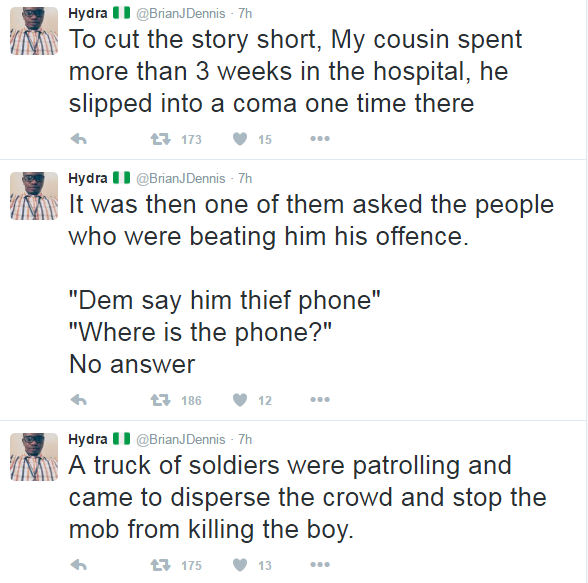 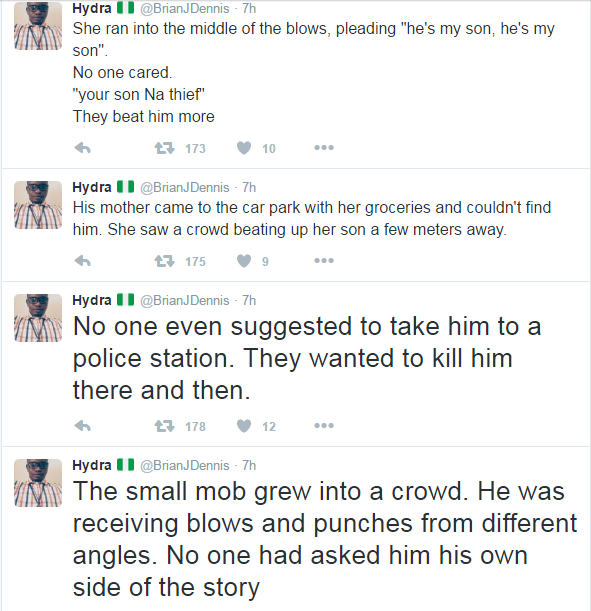 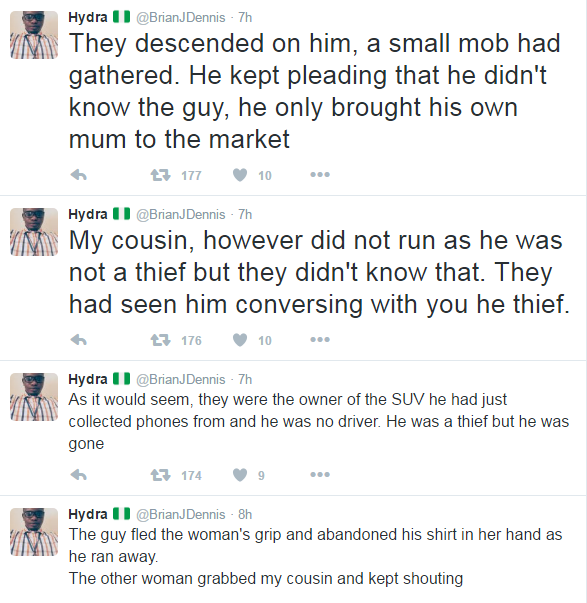 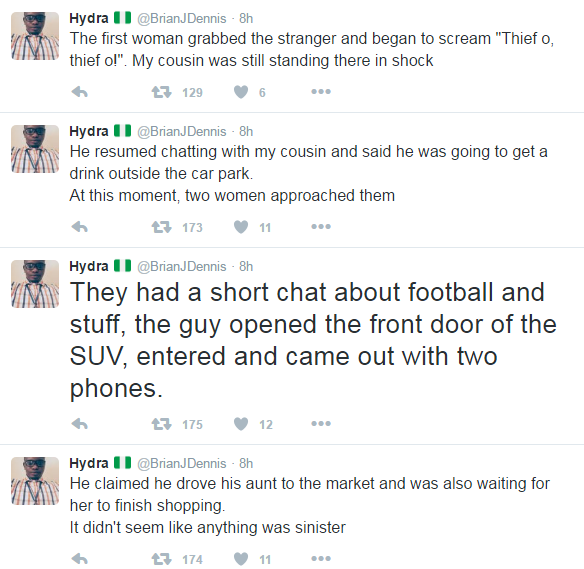 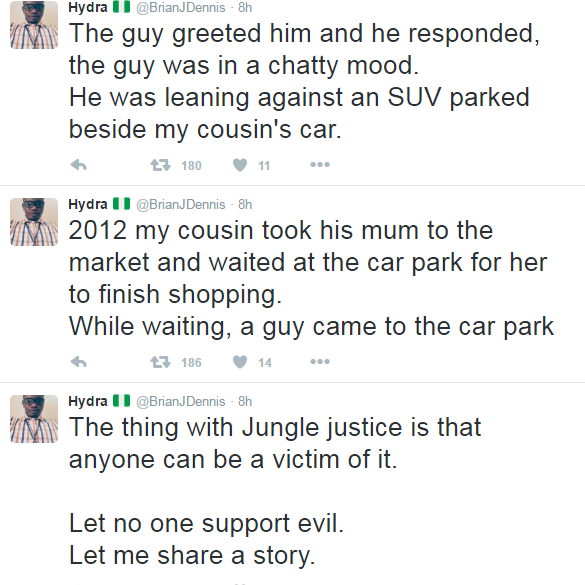