Obama Orders Investigation Into Election Results That Made Trump Win


Following the results of Tuesday night’s election, President Obama has signed Executive Order 13805, which orders a full recount of all votes cast in the election and calls for a special election to be held on December 19th. 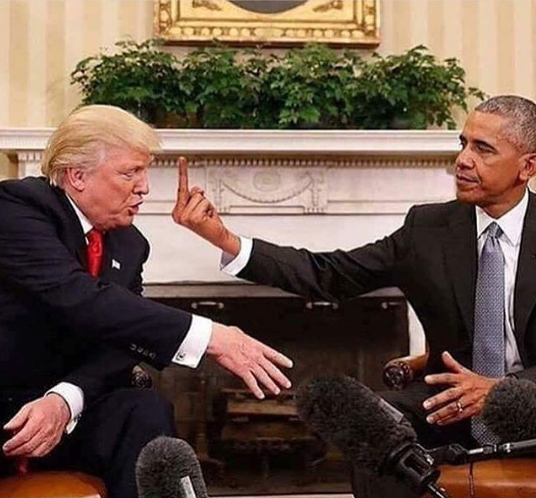 Obama signed the order in response to the concerns of thousands of voters across the country who said that they were prevented from casting a ballot on election day, too many absentee ballots have not been found or counted, equipment failures, as well as concerns that some members of the electoral college may have acted unethically.

“People all over the country have been flooding my office with calls, telling my staff of horror stories about being harassed and intimidated by poll workers,” Obama told reporters. Many have even said that they were flat out denied entry into the voting booths to cast their ballots if they were wearing a Hillary Clinton shirt or other signs showing support for her as President. This was especially bad in areas of Florida and North Carolina where there are high numbers of Latino and African American voters. We must investigate these claims. The margin of victory is too close to call, and the outcome of this election is too important. There is just too many legal challenges in too many states to just call this a victory for Trump.”Under the President’s order, the votes cast in all precincts nationwide will be recounted, and all poll workers who took part in Tuesday’s election will be subjected to strict background checks. This process is expected to take 30 days.

In precincts where the Department of Justice has cause to believe that voter suppression has occurred, new elections will be held on Dec. 19th, with those results being used to help determine who will represent the individual states in the electoral college.

Beside that, Obama has publicly embraced the election results and said he and an “excellent meeting” with Trump in the Oval Office a few days after the election.

As of now, more than 4 Millions Americans have signed a petition to stop Donald Trump from becoming US president.